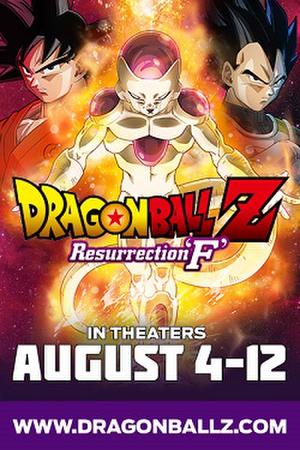 Ball Z Resurrection F is the sequel to the Dragon Ball Z Battle of Gods movie, but Resurrection "F" was made more for the fans because they do not give too mcuh information for the things happening and some charaters they do not give information of who they are and their relationships with the heroes of the movie. The movie begins a few months after Battle of Gods plot and show us where Frieza(Chris Ayres), a oponnent that our main hero Goku(Sean Schemmel) and friends defeat in the Tv show years ago, and he is located in his hell. Some of Frieza's minios that still roam the galaxy are failing in conquering planets without good leadership and decide to go to earth and gather all seven dragon balls that can grant anyone who collects them any wish they want, and they decide to wish Frieza back to life. This is the main conflict of the movie, that one of most powerfull oponents that our heroes have faced has come back to life stronger than ever, and with a new form that no one has ever seen till now.